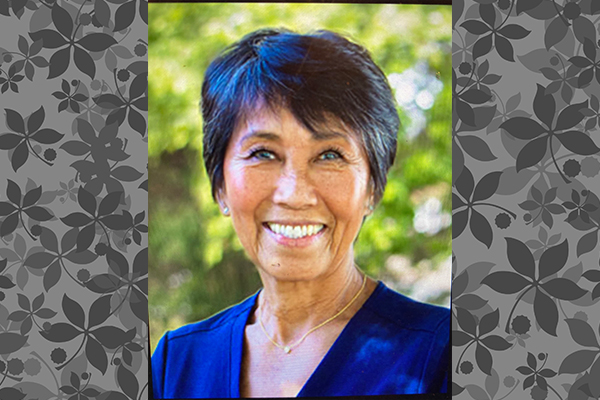 May was Asian American and Pacific Islander Heritage Month! In honor
of this, we sat down with our own alumni, Suzi Yung Jelinek to chat
about her experience as an Ohio State Cheerleader.

Suzi’s family is originally from China, and her parents arrived separately
in the United States. Her Father came to Ohio first, and her Mother
followed soon after. Suzi was born in Shaker Heights, and lived there
until she became a Buckeye!

Her parents settled in Ohio with next to nothing. They worked very hard
to provide for Suzi and her brother who was also born in Shaker
Heights. When asked about her experience as an Asian-American
growing up in Ohio, Suzi says that she was very lucky and never felt
different from any other kids. She felt like her community of Shaker
Heights was very accepting, and she describes her upbringing as
similar to her peers. Her experience at Ohio State was more of the
same. She loved being a part of the Buckeye family, and her
experience as a Cheerleader added an element to her college
experience that she recalls fondly. Hate and Racism were never
something that Suzi experienced, and she credits the close knit nature
of the team.

Scanning through memories of her time as a cheerleader, Suzi tells us
that most notably, Sharon, their coach, was the first person to shorten
the girls’ skirts. She appropriately found it much more practical to
move. The alumni response to this at the time was unfavorable to say
the least! “The alumni were aghast!” Suzi says. When discussing the
“dreaded pyramid” Suzi laughs saying that she was always the one
climbing to the top. This consisted of a traditional stacked pyramid, and
once built, shooting your body into a board as each row of people fell on
top of the next. Suzi was also a Pi Phi at Ohio State finding the same
supportive environment with her sorority sisters.

Suzi graduated from The Ohio State University in 1972 with a Bachelor
of Science degree in education and an RDH degree for dental hygiene.
She then spent seven years working as a dental hygienist in Ohio,
Colorado, New York, and Connecticut before deciding to become a
dentist. She received her Doctor of Dental Surgery (DDS) degree from
The Ohio State University’s College of Dentistry in 1983.

Suzi and her husband have two sons who also live in Virginia. She
loves spending time with her family and grandchildren, and hopes to
attend a reunion weekend soon!